10 Reasons Why You Should Not Ignore Online Business Reviews

Think that no one pays attention to online reviews? 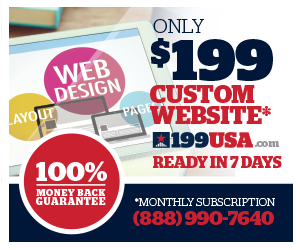 While popular opinion might indicate that online reviewers are simply comprised of a small group of unhappy consumers, that is hardly the case. In fact, 75 percent of online reviews are positive, according to Reputation Advocate.Consumers are increasingly expressing both their pleasure and dissatisfaction about businesses within all industries. Even more importantly, consumer reviews have the potential to make or break your business.

At one time, businesses relied on the power of word of mouth. An amplifier in the form of online reviews has given word of mouth even more power. Individual social networks have virtually exploded within just the last few years. Those sites have now fundamentally changed the way in which we communicate and socialize as well as the way in which we arrive at buying decisions. Online reviews have become so powerful that they are even being referred to as a new form of advertising.

Whether positive or negative, online reviews can have a strong impact on your business. The fact is that you simply cannot afford to ignore online business reviews, as the following statistics prove:

The Effects of Negative Online Reviews

Although a negative review can certainly have an impact on your business, it can also provide the impetus for improving operations. Of those surveyed, 95 percent of displeased customers indicated they would return if a problem was resolved in a fast and efficient manner. Companies in all sectors, but particularly those that are reliant upon good customer service reviews, have struggled in the last few years with how to properly respond to online feedback.

While some companies –such as the restaurant owner in Arizona who blasted a reviewer with an irate social media rant that was read around the globe– have taken the wrong path,others have found a happy middle ground and learned how to bring unhappy customers back into the fold. There is no doubt that responding to negative social reviews can be difficult, particularly due to the fact that negative reviews on sites such as Yelp and even Facebook are often more vitriolic online than in-person feedback due to the anonymous shield provided by the Internet.

Regardless of how nasty a review might become, it is still imperative for businesses to be willing to respond in a positive mannerto customers posting negative reviews. While it is true that customers are sometimes unhappy for no apparent reason and there is likely nothing that will make them happy, businesses must still be willing to acknowledge their own mistakes and offer incentives to lure back customers.

Too much is on the line to do otherwise.

In the past, when customers were unhappy with their service, they sent the food back or simply stopped frequenting a business, perhaps voicing their discontent to a friend or two, and that was that. Today, the reach of unhappy consumers is far and can even span the globe within just a matter of hours.

So, how do you respond to negative reviews? The following steps can help to protect your business from online attacks:

Customer feedback is certainly not a new element to owning a business, but the reality is that it has changed. While online reviews have become a game changer, they also present an opportunity for you to improve and strengthen your business. By recognizing the power that online review platforms hold and by engaging early and frequently, you can harness the benefits offered by online reviews while rectifying negative experiences, whether real or perceived, that could impact the reputation of your business.

Previous post Do I Really Need a Google+ Page? Next post Writing Effective Bing Ads – How to Do It?